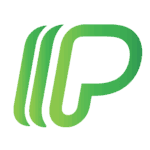 Team Registration and Check-in: All teams are required to check-in at the main tournament check-in one hour prior to the team’s first scheduled game (Check-In will be at all field locations 1 hour prior to your first game). Failure to check-in will result in automatic disqualification (without a refund of the fee) from the tournament. Games not played will be classified as “Forfeits”.

Current laminated US Club Soccer and USYSA player cards for 21/22  or 22/23 will be accepted for all players as proof of age and must be available for inspection at initial check-in and at the start of each game. USYSA Teams from outside Region Four must also provide approved Travel Papers, which must include a roster listing all players authorized to travel by the team’s State Association.

All games will be played under FIFA rules with US Club Soccer and USYSA adjustments for youth competition with the following additions and clarifications:

Game Format: Each team will play a minimum of 3 games. Preliminary Games can end in a tie. Finals games tied after regulation will go straight to FIFA Penalty Kicks. The winner of the kicks will determine who advances or is awarded the trophy. Penalty Kicks will immediately follow the game.

There will be no stoppage time for injuries; in other words, there is a running clock for all games. Halftime for games will be 5 minutes.

Determining Winners: Teams will be awarded points on the following basis:

- Minus one (-1) for each player or coach ejected

In the event of a tie in points at the end of bracket play, the teams to advance will be determined as follows:

- The winner in head to head competition

- If a tie still exists after steps 1 through 3, FIFA Penalty Kicks will be taken (time and location to be determined by the Tournament Director) prior to the scheduled start of the appropriate Quarterfinal or Semi-final game.

The Tournament Director has the final say on the determination of safety and suitability of each player’s equipment, including the wearing of a hard brace and/or hard cast. Shin guards are mandatory for all players.

After the start of a match, it will be the decision of the referee whether or not playing conditions are safe.

Heading Rule: Players U12 and younger shall not engage in heading. The following rules will apply:

- If a player intentionally heads the ball, the opposition will be awarded an indirect free kick from the point of the infraction.

Concussion Protocol: Any player showing signs or symptoms characteristic with concussion will be removed from participation/competition. If an athlete who is 17 years of age or younger has been removed from athletic activity due to a suspected concussion, the Tournament will notify a parent or guardian of that athlete of the time and date of the injury, the symptoms observed and any treatment provided to that athlete for the injury.

The player ID card will be held and the player will not be allowed to return to play in any US Club Soccer/Cal South sanctioned event until he/she has a full unconditional medical clearance from a licensed health provider or physician who is trained in the evaluation and management of concussions and is acting within the scope of his or her practice. The player’s card will be returned if a clearance is received or after the player’s last game.

The clearance must be on the physician’s letterhead and include his/hers wet and/or original signature and display the address of the office location. It is important to note that conditional clearances will NOT be accepted.

Substitutions: Substitutions are unlimited; however teams may substitute only with the referee’s permission and per US Club Soccer  rules.

Protests/Disputes: No protests will be allowed and all games will be considered final. The Tournament Director will resolve any situation not explicitly covered by the rules. Disputes relating to the interpretation of these rules will be resolved with the Field Marshal and Administrators/Coaches that are registered with the involved team(s). Individuals may not represent a team if not registered as an Administrator/Coach with the involved team(s).

Teams will forfeit for any of the following reasons:

- Teams fail to check in at the required location, ready to play five minutes before the scheduled kick off time

- Game is suspended due to the misconduct of players, coaches, administrators, parents or spectators

There will be no refunds to teams who forfeit their own games.

Field Safety/Inclement Weather: The Referee or Tournament Director will determine if a field is safe for play. Teams are expected to show up for scheduled game times unless notified by a tournament official. Rain or other weather conditions will not delay play unless the referee determines the fields are unsafe. If necessary games may be shortened, go directly to FIFA Penalty Kicks or be cancelled. If a game is terminated due to problems associated with the fields, including lighting for a night game, the team in the lead at the time of stoppage wins. If a Quarter or Semi-final match cannot be played, FIFA penalty kicks will determine the winner. If the Final game cannot be played, the teams will be co-champions. If games cannot be rescheduled or played due to rain or other circumstances, the Tournament Director will make refund adjustments and retains the right to keep up to one-third (1/3) of the team fee to cover expenses.

- All players, coaches and spectators will be expected to demonstrate good Sportsmanlike conduct.

- Coaches have total responsibility for the conduct of their Player’s, substitutes, friends and spectators at all times. Inappropriate conduct by your team’s spectators can jeopardize your coach and/or team. If a referee terminates a game due to misconduct of players or spectators, the offending team will forfeit. The offending player, spectator or team may be banned from further participation in the tournament.

- At no time is there to be any alcoholic beverages at the tournament sites.

- Pets are not allowed on any of the fields.

- This is a smoke-free environment; no smoking is allowed at any of the fields.

- After each game, please pick up the trash on your sideline and place it in one of the provided receptacles.

- Please help us keep the games on time by immediately collecting your things and clearing your sideline after your game. This will allow the next team to move into position and prepare for the start of their game.

- If playing a game on an artificial turf field, shade devices (umbrellas, pop-ups) that must be anchored into the ground cannot be used as it will damage the turf.

- In addition, no food, gum or sunflower seeds are allowed on the turf playing surfaces.

IF COVID RULES CONTINUE, IT WILL BE UPDATED ON THE WEBSITE BASED ON US CLUB SOCCER, and STATE REQUIREMENTS.

Thank you in advance for your cooperation! 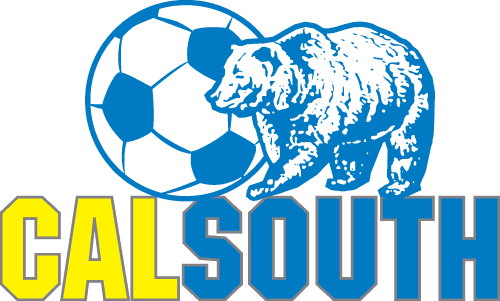